Nicki Nicole now had just moved back to town after getting the teaching job. 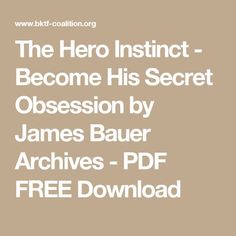 I asked her out the last day of school last June. We are still dating. I would like to marry her. I was kind of mousy and quiet. He was tall with lots of lean muscle, perpetually and probably strategically tousled hair, and crazy blue eyes. He was the smartest guy in our grade, but also kind of a jackass, one of those guys who adds his douchey commentary to everything. He told his sister he liked me, and she obviously relayed the message, so I became a blushing, mumbling idiot for a few months.

Then, at a Christmas party, he told me I was beautiful and kissed me. I was a goner, you guys. Our relationship was a very sweet and innocent one. There was a lot of hand holding involved. I totally thought we would be together forevah and evah, and someday tell our grandkids about our high school days. I was completely and utterly devastated. Because I remained and still do! One weekend our junior year of college, he invited his sister to visit him at his school about an hour away.

She, in turn, invited me to come along, and I immediately said yes, knowing it was a bad idea. He sent me texts all week telling me how glad he was that I was coming and how excited he was to see me. When we got there, he gave me a hug and told me I had gotten even prettier, and I knew right then what was going to happen.

Long story short: we all got drunk, I lost my virginity to him, and he told me he loved me. For weeks after that, he begged me to come back myself, told me he always thought we belonged together, that we could start over again. When I finally caved and said yes, he told me it was all a big joke and that he essentially just wanted to see how far he could push me. We ran into each other at a bar in our hometown.

We were both kind of drunk.

READ ALSO: YOU CAN WIN BY SHIV KHERA IN URDU PDF

He came over to say hi, and I went off on him, screaming that he broke my heart twice just for the hell of it, and I would never forgive him, and I deserved better. Then I stormed out. It remains one of my proudest moments, and the first time I ever really felt free of the weird hold he had on me. And he was perfect.

I was in sixth grade and he was in eighth grade. Before him, there was only Spot Conlin. Tom was so cool. He was so popular.

He was so cute. My first middle school dance, knowing I had a crush on him, he danced with me. I was wearing khaki cargo pants, tennis shoes and a black sleeveless Roxy hoody with a white t-shirt underneath. I finally had contacts, but still had my braces. We danced to Lonestar and the cafeteria was empty for 3 minutes.

When I got home, my shirt smelled like his cologne. Every dance that year, he saved one dance for me. He signed my yearbook and gave me his number. I want to look at that again. The next year, he went to high school and with my mouth free of braces, I met my first boyfriend at the regional spelling bee.

We were scolded for talking and his hands were huge. I was wearing a long khaki skirt and an American Eagle button up, tied just at the waist with a tank top underneath. After a few months, he broke up with me.

At 14, 20 miles is long distance. I later found out Tom was jealous. We started talking on the phone. My house had an extra phone line for dial-up, and I would sit between the side of my bed and the wall and talk to him, for hours. Laughing, telling stories. It was only a few times but I can still hear his voice. He had now entered his skater phase. His hair was black and he tried very hard to skateboard. We bought the new Blink CD the day it came out and talked about it on the phone.

My dad heard the bonus track on that cd, broke it in half and threw it down the stairs. That summer, we walked downtown to Hallmark where he helped me pick out a birthday card for me friend. And he walked me home. The shortcut to my house was through the cemetery. He was wearing a purple Volcom shirt that day. I was wearing jeans, tighter jeans, and a red sleeveless Roxy t-shirt, sans undershirt, with knock off Doc Marten sandals.

We saw a bee and he fake pushed me and ran. I laughed and laughed. I took him to my favorite spot. I used to sit there and read, sit there and write, or sit there and think. With a perfect view of the lake, it was my favorite place in the world. Cemeteries still bring me peace. We sat there and our foreheads touched.

And our fingers started to intertwine. I looked down just to take a break from him eyes. That was the first time I noticed I had hair on my big toe.

We kissed. And we kissed. But it was magic. His tongue, his hand in my hand, his head, his face. In my excitement I told too many friends. Or I told the wrong friends. I still make that mistake, but when something feels so right, it only feels right to shout it out, arms open.

After that, I practiced discretion and kept that crush close to me. I made it to high school and started seeing him again in the hallway. He always made my stomach hurt, in the best way. He knew I liked him and made it a point to always smile.

It seemed almost uncool to still like him, so it felt like our secret. He was in a band for a while. They wrote a song named after me. I will never know who wrote the lyrics. He left the band, but still hung around with them. I wrote an article about their band for the town paper. I drank vodka in the hot tub with my neighbor.

When they got home the water was 85 degrees. I logged onto Yahoo Messenger and there was a message from Tom.

He liked me. He wanted to get to know me again. He wanted to hang out during winter break. I had it memorized for a very long time. Now, I only remember the last words. I flew. My heart flew, my stomach dropped and the world made sense. Part of me was also afraid it was a joke or a setup. It was too perfect. I wrote down the message and brought it with me.

We got home from our trip and I was so tan and so excited to see him, and for him to see me, tan. I felt beautiful. There were so many missed calls from my friends. So many. She asked about my vacation.

I felt guilty when I said it was wonderful since they were stuck in snow and I was free in the sun. It felt terrible saying that.

But it was true.

He died in a car accident days two days before I got back. I barely knew him. But he was so important to me. My friends went to the visitation together. I only wanted to be with my mom. She held my hand and cried as I stared. She never approved of that crush. But I will never forget her being there. My pain was her pain.

She grieved for his parents. She grieved for me. The trifold poster in the funeral home had my article on it. It had the set-list with my Song. I wanted to cry. I think I cried. 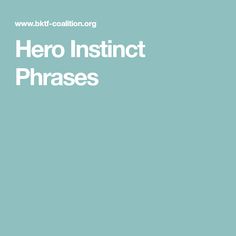 Nor right to hug his family. He was my crush. I think about him often. Or when my heart hurts.

He was perfect. He was my first love. He was my first loss. Here goes: I was 13 years old. It was the second day of 7th grade. Who was this refined, cultured individual, this avid supporter of the visual arts, this animal water sport doodle aficionado?

Neurons fired. Lightning struck. Somewhere in the far reaches of the universe, a gas giant exploded. Every animal on earth sensed an imminent major weather event.

A bearded, crazy-haired scientist in a parka conducting research near the North Pole picked up some strange readings on his lab instruments. And I became a woman right there on the fucking spot. I was a hopeless nerd. I was a head taller than every single person in my grade. I owned a mouse pad with R2-D2 on it. I was probably rightfully convinced that this dude would want nothing to do with my frizzy hair, awkward, curve-less body and my vast collection of books about unicorns. I really do.

Actually, when I was little, the only thing I didn't like about these books were the names Naylor chose for her characters and sometimes Patrick bugged me, too. BUT reading this collection of Alice's freshman year was a totally different ball game. Reading this as a twenty-four your old instead of as a prepubescent ten year old, the relationships were stiff, the dialogue sounded like stuff my mom might have said to me after a really bad day at school when I was seven, and the sex discussions were more than a little odd, particularly when Alice's dad was around.

Also, Patrick is nuts, mainly because he wanted to go out with two girls at once is he, secretly, a smart, non basketball playing, red-headed John Tucker? Which, as we all know, makes sense when you're fifteen and want to make as many non special, I believe is the term he used friends as possible.

Basically, as far as Young Adult books go, Alice's high school years are both old fashioned and kinda outlandish, while also being a little stiff and preachy.

Does that make any sense? I am writing this really late at night and have already written three more paragraphs than I planned! Then again, Naylor's still pumping this series out in her seventies and if I were seventy, I would probably think "For Pete's Sake! But maybe that's just me? I don't think anyone says "Gee Whiz! Oh, and I can't give this book less than the stars because, although I do not believe fourteen year olds going through puberty are sexy like Pamela or that fourteen year olds make cat calls to twenty-two year old men like Pamela does to Lester , I will forever remember that Pamela and Mark used to put their hands in each other's back pockets at what?

I think the reason I enjoyed this book so much was because it is very relatable to me and most girls my age. It's the typical "I really like him but he likes somebody else" deal.Cue to the end of last year. High school ended, I graduated and went off to a university hours away that none of my peers were attending—except one. Neurons fired.

Because I remained and still do! His name was Kevin. It remains one of my proudest moments, and the first time I ever really felt free of the weird hold he had on me. I stood outside trying to work up the courage to knock on her door and tell her how I felt, but I couldn't do it.

Next Article. We ran into each other at a bar in our hometown.

JOYCELYN from Fitchburg
Also read my other posts. One of my extra-curricular activities is rugby tens. I enjoy unethically.
>